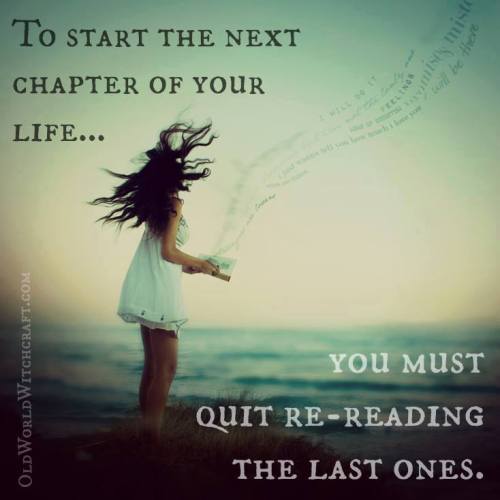 “Rather than taking political sides, attempt to see all points of view before making a Quality decision.

Why does this fit into Pirsig?

Because the mechanism of Quality is to sit with the facts and allow the best ones to emerge. The ones that have Quality.

And remember, Quality isn’t a thing, it’s an ongoing emergence.

What is prescribed by Pirsig seems to me, so far, to be in a state of consciousness that allows this emergence.

This is the state Peace of mind and of caring about what you doing.”

In 1967, as the psychedelic sounds of the Beatles’ Sgt. Pepper album echoed around world, Robert Pirsig started writing an essay called Zen & the Art of Motorcycle Maintenance for his motorcycling buddy John Sutherland. By the time of its eventual publication about seven years later it had grown to the length of a rather substantial novel. The narrative framework is a motorcycle journey from Minnesota to California made by Pirsig and his 11 year old son Chris along with John Sutherland and his wife Sylvia. Into the story of this journey – of the places they ride through, the interactions between the characters, and looking after the motorbikes – Pirsig weaves reflections on their lives, on the relationship between technology and art; on Zen Buddhism; on Greek philosophy; and ultimately on the foundations of values.

As with Sgt. Pepper, Pirsig’s book became an important ‘culture bearer’ of its time, albeit with readers who were slightly older and more cynical than most Beatles fans. Pirsig did have a lot of sympathy for what the hippies and young people were trying to do, but he saw that for their progressive ideals to become established they needed to ground their ideas in practical changes. Free love, hedonism, and psychedelics won’t change this world for the better by themselves. This is one of the primary reasons Zen & the Art of Motorcycle Maintenance was written. It gives us, amongst other things, a rational framework (or ‘static latch’) to underpin the hippy ideals of peace, love, artistic creativity and personal freedom. It is my concern here, therefore, to introduce to you, the one and only Robert Pirsig, and his Metaphysics of Quality. I hope you enjoy the ride!

As well as Zen & the Art of Motorcycle Maintenance Robert Pirsig was the author in 1991 of a sequel, Lila: An Inquiry into Morals. The former is now the best-selling philosophy book of all time, having sold millions of copies in 23 languages. Together the two books form a single Zen koan or puzzle, designed to impart an understanding of the Good (or, as Pirsig would say, of Quality) without putting it into a static definition.

Pirsig is generally considered to be a US philosopher and writer, but he lived for a few years as a young child in England during the early 1930s, and later returned to England in the late 1970s, living on a boat off the coast of Cornwall. He also wrote much of his second book in Sweden, the place of his grandmother’s birth. Pirsig was generally a recluse, so, for instance, he never answered a phone. He explained his behaviour thus: “The Buddhist monk has a precept against indulging in idle conversation, and I think the basis of that precept is what motivates me” (Letter from Robert Pirsig to Bodvar Skutvik, 17th August 1997).

The beginnings of his Metaphysics of Quality can be traced back to 1959 when Pirsig was an English teacher at Montana State College, in the American mid-West. As a new lecturer, he noticed that he was under legal contract to teach ‘quality’ to his students, even though it was not made clear by the college authorities what was meant by this term. Pirsig soon realised that teachers had been passing and failing students on the quality of their work for centuries without any viable definition of what ‘quality’ actually was. It was this unsatisfactory state of affairs which gave Pirsig the inspiration to start his particular line of philosophical inquiry.

In Zen & the Art of Motorcycle Maintenance, Pirsig first explored the history of the term ‘Quality’, or what the Ancient Greeks called arête, tracing it all the way back to Plato (428-348 BCE). He concluded that the strange position of Quality in today’s West originated with Plato’s division of the human soul into its reason and emotion aspects, in his dialogue the Phaedrus. In this dialogue, Plato gave primary place to reason over emotion. Soon afterwards Aristotle was similarily emphasizing analysis over rhetoric. And as Hugh Lawson-Tancred confirms in the Introduction to his 1991 translation of Aristotle’s Rhetoric: “There are few things that are more to be deplored in Greek culture, and notably in the legacy of Plato, than the wholly forced and unnatural division between… [the] two sister studies” of rhetoric and philosophy (p.57). Eventually this division grew into the ‘subjective versus objective’ way of thinking now largely dominant in the West. So now in the West we have objectivity, reason, logic, and dialectic on the one hand; and subjectivity, emotion, imagination, intuition, and rhetoric on the other. The former terms suggest scientific respectability, while the latter are often assumed to be artistic terms, having little place in science or rationality. It is this Platonic conception of rationality that Pirsig sought to challenge by reconciling the spiritual (for example, Zen), artistic (for example, art) and scientific (for example, motorcycle maintenance) realms within the unifying paradigm of the Metaphysics of Quality.

Sadly, Pirsig died in April 2017, aged 88. In my PhD I closely analysed his Metaphysics of Quality, and concluded that although traditional philosophical concepts such as causation and truth are given unconventional meanings in Pirsig’s writing, there is an advantage in using his system because it has an internal coherence lacking in metaphysical systems based on Plato’s example. I had the good fortune to discuss these ideas extensively with Robert Pirsig himself, and have used extracts from some of his letters to clarify various points in what follows.

Pirsig postulates that everything that exists can be assumed to be a value (though he divides values into two classes, as we’ll see later). As his system differs from traditional Western metaphysics by making values the ultimate basis of reality, it should come as no surprise that this has relatively radical consequences for his depiction of reality.

In Lila, Pirsig adds the following:

“The Metaphysics of Quality subscribes to what is called empiricism. It claims that all legitimate human knowledge arises from the senses or by thinking [based on] what the senses provide. Most empiricists deny the validity of any knowledge gained through imagination, authority, tradition, or purely theoretical reasoning. They regard fields such as art, morality, religion, and metaphysics as unverifiable. The Metaphysics of Quality varies from this by saying that the values of art and morality and even religious mysticism are verifiable and that in the past have been excluded for metaphysical reasons, not empirical reasons. They have been excluded because of the metaphysical assumption that all the universe is composed of subjects and objects and anything that can’t be classified as a subject or an object isn’t real. There is no empirical evidence for this assumption at all.” (p.121)

It is worth emphasising here that ‘subjects’ and ‘objects’ are intellectual concepts, rather than concepts derived from experience. Unfortunately, these concepts have been ingrained in us from an early age, so we generally accept their validity without question. But this is basically just a metaphysical convention. Pirsig would say that reality can be divided up metaphysically in numerous ways: it’s just that some ways are better than others!

So instead of dividing everything into subjects and objects, Pirsig divides reality into Dynamic Quality (this is capitalised deliberately) and static quality. ‘Dynamic Quality’ is the term he gives to the continually changing flux of immediately-experienced reality, while ‘static quality’ refers to any concept abstracted from this flux. The term ‘Dynamic’ indicates something not fixed or determinate, which means that Dynamic Quality cannot be defined, and therefore a true understanding of it can only be given directly in experience. As Herbert Günther says in his book Philosophy & Psychology in the Abidharma (1957), “The Ultimate, in Buddhism, is something knowable, though not known by theory or discursive method, but by direct experience” (p.235). In other words, the Buddha can’t tell you what Dynamic Quality is, but he can point a way so that you can experience it for yourself, and then you might understand. Or as Pirsig wrote in a letter to me of 6th October 1997:

“It’s important to keep all ‘concepts’ out of Dynamic Quality. Concepts are always static. Once they get into Dynamic Quality they’ll overrun it and try to present it as some kind of a concept itself… [For instance] time is only a problem for the [Platonists] because if time has none of the properties of an object then it must be subjective. And if time is subjective that means Newton’s laws of acceleration and many other laws of physics are subjective. Nobody in the scientific world wants to allow that. All this points to a huge fundamental metaphysical difference between the MOQ [Metaphysics of Quality] and classical science: The MOQ is truly empirical. Science is not. Classical science starts with a concept of the objective world – atoms and molecules – as the ultimate reality. This concept is certainly supported by empirical observation but it is not the empirical observation itself.”

“The Dynamic reality that goes beyond words is the constant focus of Zen teaching… ‘Unpatterned’ might work as well except that ‘unpatterned’ suggests that there is nothing there and all is quiet. There is nothing in the sense of no ‘thing’, that is, ‘no object’, and the Buddhists use nothingness in this way, but the term Dynamic is more in keeping within the quotation, ‘Within nothingness there is a great working’, from the Zen master, Kategiri Roshi… The logical positivists’ fundamental error in my opinion is the assumption that because philosophy is about words it is therefore about words alone. This is the fallacy of ‘devouring the menu instead of the meal’. Their common argumentative tactic is to say that anything they cannot feed through their little box of linguistic analysis is not philosophy. But if discussion about ‘the good’ (which is fundamentally beyond words) is not philosophy then Socrates was not a philosopher, since that was his primary subject.”

By ‘static quality’, Pirsig doesn’t refer to something that lacks movement in the Newtonian sense of ‘static’ (he agreed with me that the word ‘stable’ would have been better because of this ambiguity), but refers to any repeated arrangement – that is, to any pattern that appears long enough to be noticed within the flux of immediate experience – whether inorganic (for example, chemicals, forces), organic (plants, animals), social (cities, ant nests), or intellectual (thoughts, ideas).